Paul Reinert has been a member of the Rotary Club of Springfield (Missouri) since 2002. He was President of the Club for the 2008-2009 Rotary year and has held various leadership roles in District 6080. At the District level, Paul has been Chair of the Future Vision committee and an Assistant Governor. In 2013, helped the Group Study Exchange team to District 4240,spending an adventurous month in El Salvador, Nicaragua, Costa Rica and Panama. He also has lead several Rotary groups to visit international projects in Ecuador. Paul is an active supporter of the Rotary Foundation and is a Major Donor, Paul Harris Society member and Bequest Society Member.He will be District Governor for Rotary District 6080 for the 2019 –2020 Rotary year.

Paul is active in community leadership and is a past Board member of the Springfield Area Chamber of Commerce and the Springfield Little Theatre. He is currently an active Board member of the Barnabas Foundation providing summer camp and adult education offerings for those with physical and developmental disabilities. He is also on the Board of the Hospice Foundation of the Ozarks.

He is a native of St. Louis and began his career there with the international accounting firm Arthur Andersen & Co. where he spent 18 years primarily specializing in the healthcare industry. In 1992, he relocated to Springfield, Missouri to become the Chief Financial Officer for St. John’s Health System, (now Mercy), a large regional healthcare system. He now is co-owner of several businesses, mostly in the healthcare area and is actively working toward semi-retirement. He is most proud of his role as Chairman of Integrity Home Care, a provider of a full continuum of home based healthcare and support services including personal care, pediatrics,private duty nursing, home health and hospice. Their services also include Integrity Pharmacy, specializing in improving medication management and patient compliance.

Paul is a 1972 graduate of the University of Notre Dame where his studies included his sophomore year abroad in Cali, Colombia. His wife Carol is a graduate of Webster University where she studied musical theatre. Carol is a singer and well-known in Springfield where she performs with the talented musicians that make up the band Montage. They have been married for 42years and are the proud parents of two adult daughters and two beautiful grandchildren, Blake and Beck. 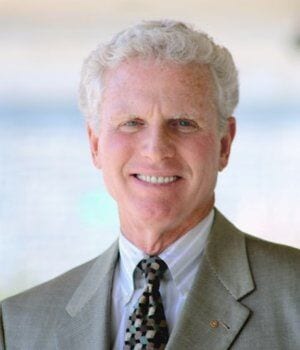