The purpose of the Rotary Global Scholarship program is to further international understanding and peaceful relations among people of different races, nationalities, ethnicities, and religions while pursuing an approved program of graduate study at an institution of higher education in a foreign country. While abroad, scholars serve as ambassadors of goodwill to the people of the host country and give presentations about their homeland to Rotary clubs and other groups. Upon returning home, scholars share with Rotarians and others the experiences that led to greater understanding of their host countries.

Individual Rotary Districts around the world decide annually whether they will participate in the Global Scholarship program and how much funding will be available from the District. District 6080 will offer one Rotary Global Grant Scholarship award in the amount of $40,000 to an outstanding student who wishes to study abroad during the 2021-22 academic year. This scholarship is for one year only and is open only to students engaged in full-time study in a graduate degree program. Applicants for a Rotary Global Scholarship must enroll in a graduate course of study that is directly related to one of the following six humanitarian focus areas designated by Rotary International:

For more information on each of the six areas of focus, google Rotary.org areas of focus. Note: Applications that indicate more than one area of focus will not be accepted.

The winning applicant goes through two rounds of interviews—the club level and the district level—and must receive final approval from the Rotary Foundation. The winning applicant will receive an award of $40,000 that may cover the cost of tuition, school fees (including any health insurance required by the study institution), school supplies, room and board, passport/visa, inoculations, travel expenses (as specified in the grant terms and conditions), and local transportation expense. Scholars must account for all expenditures and must provide funding to cover all costs that exceed the amount provided by Rotary. All unspent funds must be returned to Rotary.

The Global Scholar will be awarded one-half of the scholarship amount at the beginning of the first semester of full-time study. He/she must make satisfactory progress or better in the completion of the coursework during the first semester and submit a satisfactory record of expenditures for that period in order to receive the other half of the scholarship before the beginning of the second semester of full-time study.

Rotary scholarships cannot be combined with another study-abroad program, or used for unsupervised research, medical internship or residency, or for employment in the host country.

Applicants in District 6080 may apply through a local Rotary club near their home, or through a club in the community where they are attending a college or university, or where they are employed. The approved candidate must begin his/her graduate program of study during the 2021-22 academic year. During the year of study abroad, the scholarship recipient must reside in the immediate vicinity of the approved study institution in the host district so that he/she can participate in Rotary club and district activities of the host district.

The Rotary Global Scholarship is available to individuals intending to pursue a full-time graduate degree program in a foreign country. There is no age limit for the scholarship recipient. Rotarians and kin of Rotarians are not eligible to apply for a Rotary scholarship; however, members of Rotaract clubs are eligible and encouraged to apply, provided that they meet all other eligibility criteria.

If the candidate intends to study in a country in which English is not the first language, demonstration of competence in the language may be required.

In previous application periods, the successful candidate has:

How to Apply for a Rotary Global Scholarship

The deadline for submitting the completed Global Scholarship application to a local club in District 6080 is October 16, 2020 for the 2021-22 academic year.

An application is available at below or from Dr. Charles Sampson, SampsonC@missouri.edu.

Applicants seeking a Global Scholarship must successfully complete the following steps to be awarded this scholarship:

At the local club level, a committee of several club members will interview the applicant. If the applicant is recommended by that committee, then the club president will endorse the application and send it to the District Scholarship Chair, Dr. Charles Sampson at SampsonC@missouri.edu.  The presidential endorsement form may be obtained by emailing Dr. Sampson.  The local club endorsing the application becomes the sponsoring club for that applicant.  The sponsoring club designates a club member to be the “sponsor counselor,” who maintains contact with the scholar during the year abroad.

The District Scholarship Chair will hold district level interviews only for those applicants for whom local club presidents forward endorsements and applications.

During local and District level interviews, applicants may be asked a wide range of questions regarding their intended program of study and future career plans, and how they relate to the selected Rotary area of focus, the mission and goals of Rotary International, knowledge of the country in which the applicant intends to study, and world affairs in general. If the candidate intends to study in a country in which English is not the first language, demonstration of competence in the language may be required. 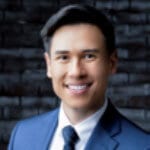 Raymond Pottebaum is an Honorary Paul Harris Fellow and will be pursuing a Master of Public Policy at the University of Oxford. Ray is a graduate from West Point with a Bachelor of Science in Mechanical Engineering. After commissioning in the US Army, he served around the globe in areas of conflict from the Middle-East to the Russian border. His final assignment was training officers at Fort Leonard Wood, Missouri where he became very involved with the Rotary Club of Pulaski County which is his sponsoring club, and Jacqueline Howard is his sponsor counselor. 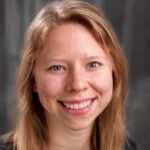 Ashley Schwarzer is pursuing a Master of Science in Epidemiology offered by the London School of Hygiene and Tropical Medicine. She completed a biology degree focusing on infectious disease from Yale University and performed impactful research on different diseases at Yale and the National Institutes of Health. She aims to become a successful practice in public health. The Rotary Club of Jefferson City West sponsored her; Charles Sampson is her counselor and Pat Clark, Foundation Chair Rotary Club of Edmonton, District 1130 is her host counselor.

Brooke Micke received her bachelor’s degree in Biology (Plant Science emphasis) from St. Louis University in May 2017. She is currently pursuing a master’s degree in Ethnobotany at the University of Edinburgh in cooperation with the Royal Botanical Garden in Edinburgh. A graduate of Helias High School, her sponsoring club is Jefferson City Rotary Club; her sponsor counselor is Arvids Petersons.

Molly Matney completed her master’s degree in Peace Studies at Trinity College in Dublin, Ireland in August 2017. She received her Bachelor of Science degree in English and History at the College of the Ozarks in Mary 2016. The Branson Daybreakers Rotary club is her sponsoring club; Inez Miller-Gibbs was her sponsor counselor.

Emily Voss received her Master of Science degree in Anthropology and Development at the London School of Economics and Political Science. A native of Boonville, MO, she completed bachelor degrees in Anthropology and International Studies with a Peace Studies emphasis and a Business minor. Her sponsoring club is the Rotary Club of Columbia; Melvin Platt was her sponsor counselor.

Jenna Teter Guillen completed a Master of International Law degree at the Australian National University in Canberra. A native of California, she is a graduate of Westminster College where she received her Bachelor of Arts degree in History and Transnational Studies. The Fulton Rotary Club was her sponsoring club, and Ray Brown was her sponsor counselor.

Christopher Clark completed a Master of Philosophy degree in Developmental Studies with a focus on microfinance in St. John’s College, University of Cambridge. Before departing for study in England, he was Fulbright Scholar to Chile during 2012-13. A native of Springfield, he earned an undergraduate degree in Political Science at Tulane University. Springfield Rotary Club was his sponsoring club, and Stanley Adamson served as his sponsor counselor. He is currently Coordinator of the District Attorney of New York City Academy.

Ambassadorial Scholars sponsored by District 6080 for 2012-13

Amy Williams, an Academic-Year Ambassadorial Scholar, is currently a third-year law student pursuing the Juris Doctorate degree at the University of Missouri. She plans to study international law and human rights at the Universiteit Utrecht (Utrecht University) in The Netherlands. She is a graduate of Rock Bridge High School in Columbia and holds a bachelor’s degree in biology and a graduate certificate in non-profit management from the University of Missouri. Her sponsoring club is the Rotary Club of Columbia; host counselor is Melvin Platt.

Nicholas Reasor, Academic-Year Ambassadorial Scholar. He will pursue study in International Business with emphasis on Economic Development and Sustainability at the INCAE Business School in La Garita, Alajuela, Costa Rica. He is a graduate of Nixa (MO) High School and Evangel University.

His sponsoring club is the Rotary Club of Springfield. George Crawford is his sponsor counselor.

Gregory Rockson, Academic-Year Ambassadorial Scholar is studying International Diplomacy at the University of Copenhagen. Gregory is a native of Ghana where he received his elementary and secondary education. He is a senior at Westminster College in Fulton. He hopes to eventually earn a doctoral degree and pursuing a career as a diplomat at the United Nations.

His sponsoring club is the Fulton Rotary Club, where his sponsor counselor is Ray Brown.

Her sponsoring club is the Rotary Club of Springfield, and her sponsor counselor is Stanley Adamson.

Her sponsoring club is Springfield North Rotary Club. Marvin Johnson is serving as her sponsor counselor.

Lora Dean, Academic-Year Ambassadorial Scholar at the University of Queensland, Brisbane, Australia, where she studied International Relations and Diplomacy during the spring and fall of 2010. She continued her studies a second year at the University of Queensland and completed her master’s degree in International Studies with an Emphasis in Peace and Conflict Resolution in December 2011. She is a 2009 graduate of Missouri Southern State University in Joplin.

Ashley Rowan, Academic-Year Ambassadorial Scholar at the University of Guadalajara, Mexico, where she studied Business Administration and International Relations. She completed her Bachelor of Arts in English and Business degree with minors in Spanish and Global Studies at Drury University in 2011. She is currently pursuing a master’s degree in English at Missouri State University.

Kara Martin, Academic-Year Ambassadorial Scholar at the University of Victoria, Wellington, New Zealand where she studied Spanish, Linguistics, and International business during the spring and fall of 2009. She is a graduate of the University of Arkansas at Fayetteville.

Brian Pellot, Academic-Year Ambassadorial Scholar at the American University in Dubai, United Arab Emirates. He completed course work in Arabic, Middle Eastern Studies, and Journalism during Fall 2008 and Spring 2009. Between semesters, he presented at clubs in Egypt, Cypress, and Lebanon, attended two club meetings as well a Rotaract club meeting in Jordan, and participated in a club meeting in Armenia and another in Georgia. He earned a Bachelor of Journalism degree in Convergence Journalism and a Bachelor of Arts degree in International Studies from the University of Missouri in May 2010. During his senior year, he won a George Marshall Scholarship to study at Oxford University for two years.

Shannon Davis, Six-Month Cultural Ambassadorial Scholar at the American University in Cairo, Egypt where she studied Arabic from January through June 2008. She received permission from the Rotary Foundation to remain in Cairo until December 2008 to complete further study of Arabic at her own expense. She earned a Bachelor of Arts degree in Elementary Education with minors in International Relations and Music at Evangel University.

Erin Crabb, Academic-Year Ambassadorial Scholar to Ruprecht-Karls Universität in Heidelberg, Germany, where she studied German, German Literature, and German Culture and History from September 2007 to May 2008. She received her Bachelor of Arts degree in German and Music from Illinois Wesleyan University in May 2006.