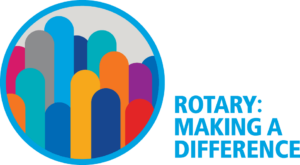 Rotary International President-elect Ian H.S. Riseley made the case on Monday that protecting the environment and curbing climate change are essential to Rotary’s goal of sustainable service.

Environmental degradation and global climate change are serious threats to everyone, Riseley said. “They are having a disproportionate impact on those who are most vulnerable, those to whom Rotary has the greatest responsibility. Yet environmental issues rarely register on the Rotary agenda,” he said.

“The time is long past when environmental sustainability can be dismissed as not Rotary’s concern. It is, and must be, everyone’s concern,” he said.

The president-elect challenged every Rotary club to make a difference by planting a tree for each of its members between the start of the Rotary year on 1 July and Earth Day on 22 April 2018. Trees remove carbon dioxide and other greenhouse gases from the air, which slows global warming.

“It is my hope that the result of that effort will be far greater than the environmental benefit that those 1.2 million new trees will bring,” Riseley said. “I believe the greater result will be a Rotary that recognizes our responsibility not only to the people on our planet, but to the planet itself.”
Securing Rotary’s future

In his address to the 2017-18 class of district governors, Riseley also urged clubs to improve their gender balance and lower the average age of their members.

Only 22 percent of Rotary’s members are women, up from 13 percent 10 years ago. At that rate, Riseley said, it will take another three decades for Rotary to achieve gender parity.

“Three decades is far too long to wait to achieve a Rotary that reflects the world in which we live. We need to make it a priority now,” he said.

Noting that 103 of the 539 incoming governors are women, Riseley said they are the type of women we need in Rotary, “leaders who will help Rotary connect with, and represent, and better serve, all of the members of all our communities.”

Riseley also believes it is imperative that clubs find ways to attract and engage younger members. Today only 5 percent of reported members are under 40, and a majority of members are over 60, Riseley told the audience.

“Consider what Rotary stands to look like 10 or 20 years from now if we don’t get very serious, very soon, about bringing in younger members,” Riseley said.

Clubs will make a difference this year through their own decisions, said Riseley, but it will take teamwork on a global scale to move Rotary forward and secure its future.

“We know that we can do more together than we could ever hope to do alone,” he told incoming governors. “I ask you to keep that spirit of teamwork and cooperation always in your minds and to take it back with you to your districts.”