Live mice will be coaxed to travel through a miniature racecourse at fast speeds. Spectators will be invited to make bets, with all proceeds going to support the club’s charitable work in the community.

“We held our first mouse races a year ago and in addition to being a lot of fun, we raised $4,200 and were able to help out the Coalition Against Rape and Domestic Violence (CARDV) and other local organizations,” said Charlie Anderson, president of Fulton Rotary. “I hope the public will take the opportunity to come out, have a good time and support Fulton Rotary’s community service projects.”

Similar to a night at the dog or horse races, each person attending receives a program at the door with the mice running in each of the 10 heats. They can then go to one of the betting tables and place bets on the mouse they will run down the tube the fastest.

Along with racing, the night features Mouse Roulette where individuals buy a playing card for a minimal amount with the opportunity to win a large sum. The cards are placed in a circle with a mouse released in the center; the winner is the person with the card the mouse steps on first.

Race sponsorships are available for $100 per race and include two tickets to the event. Both table sponsors and race sponsors will be included in the race program. In addition, mice can be sponsored; the cost is $10 per mouse. Mouse betting, a silent auction and raffles are planned. Food and beverages, including $5 bottomless beer and soda cups, will be available for purchase.

For information on sponsorship opportunities, contact Tammy Wickham at twickham@naught-naught.com.  To donate a silent auction item, contact Jennifer Books at jenniferlbooks@hotmail.com. Tickets to the mouse races are available at Atlas Physical Therapy, Central Bank, Don Woodson’s State Farm or from any Fulton Rotarian. 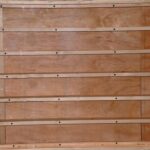 Ten mice line up at the gate to run their race. 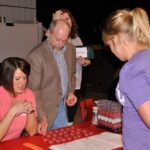 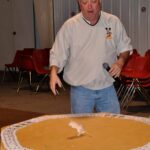