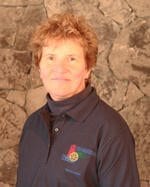 I am pleased to announce that Pulaski County Rotarian Jacqueline “Jackie” Howard has accepted the position of Rotary Foundation Permanent Fund Chair for District 6080 beginning in FY 2012-13.

A resident of Waynesville, Missouri, Jackie is Director for Psychiatric Services at Phelps County Regional Medical Center. She has served in the psychiatric nursing and leadership development field for over 30 years.

Within the district, Jackie has served as an Assistant Governor, and for the past three years has been chair of the district’s GSE program. Prior to that, she was a member of the GSE team to the Philippines (1994) and the GSE team leader to Germany (2006). Jackie is a Paul Harris Fellow and is also proud to have made a bequest gift to the Rotary Foundation.

Join me in welcoming Jackie Howard to her pending position as Permanent Fund Chair – where I know her efforts will have an important and lasting impact on many, many others.