Columbia, MO – The Rotary clubs of Columbia and mid-Missouri teamed up Saturday to reduce hunger and malnutrition. The clubs participated in a major work day at the Food Bank of Central and Northeast Missouri.

Although the clubs often conduct food drives and provide volunteer labor throughout the year, this was their first combined work day at the food bank. Club members, their families and friends worked in shifts from 9 to 10:30 a.m. and 10:30 a.m. to noon. Approximately 150 Rotarians and guests repackaged nearly 5,000 pounds of Rice Krispies for local food pantries.

“Missouri ranks second from the bottom of all states for food insecurity,” Steve Dulle, district governor-elect of Rotary District 6080, said. “That’s why we chose this as our first community service project of the new Rotary year.”
He added, “Rotary has six areas of focus, including ‘saving mothers and children.’ At least 7 million children under the age of 5 die each year due to malnutrition, poor health care and inadequate sanitation. We want to do our part to prevent this from happening.”

Dulle, a member of the Rotary Club of Columbia South, was installed as District Governor of District 6080 during lunch, immediately following the morning work shifts. Dulle is chief financial officer of StorageMart and a longtime active Rotarian.

District 6080 comprises 49 Rotary Clubs between St. Louis and Kansas City and south to the Arkansas state line. Dulle has challenged all clubs in District 6080 to join in combating hunger during the month of July, and this event kicked off the efforts of Rotary clubs in mid-Missouri. 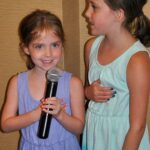