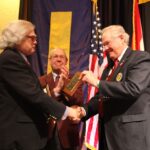 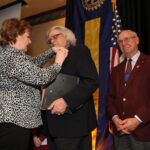 Vickie Plue of Columbia, Missouri pins Rotary International “Service Above Self” pin on her husband’s lapel. Announcement of the distinguished recognition for PDG Raymond Plue was made during the 2013 Show Me PETS and SETS Conference, as Past International President Ray Klinginsmith looks on. 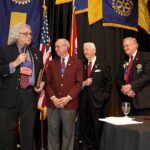 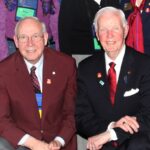 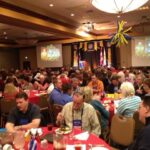 The stage is set at show me rotary 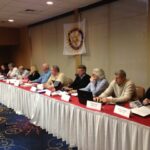 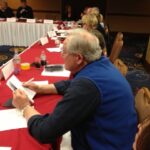 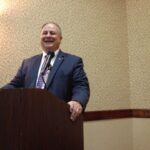 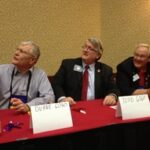