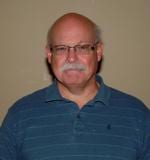 I am proud to announce that Columbia South Rotarian Steve Dulle has accepted the position of Community Services Chair for Rotary District 6080 beginning in the 2012-13 year. In that position, Steve will serve as a resource for club Community Service committees in planning, implementing and promoting community service initiatives, which may be developed to address such issues as human development, community development, environmental protection and partners in service projects.

Steve has had a long and industrious Rotary career. He joined the organization in 1985 while living in Arlington, Texas. He has served as club president, secretary, and treasurer of the Columbia South Rotary Club where he was named Rotarian of the year in 2003. He has also received Rotary’s four Avenues of Service citation. Over the past year Steve has worked with a number of individual clubs through his service as a Visioning trainer and leader.

Dulle grew up in Mid-Missouri and moved back to the area in 1995 to form a public real estate investment trust. In 1999 the firm went private and currently owns self-storage facilities in the United States and Canada. Steve and his wife of thirty-years, Diane, have three children, Angla, Michael and Caitlin and every member of the Dulle family is a Paul Harris Fellow. Steve is active in his church and his hobbies are golf, biking and hiking.

As a well-evidenced self-starter, I know the District will be well-served through Steve’s appointment.

I’m downright gleeful at the appointment.