Bill McNeill, 2016-17 club president, took his oath of office on June 30 as new board members and the rest of the club looked on. Past president and past assistant district governor John Horton administered the oath to Bill and the other board members.

McNeill is the club’s 50th president. Twenty-seven of the past presidents are still members of the club. Those who were present participated in the ceremonial Passing of the Gavel, starting with John Simpson, president in 1974-75, and ending with McNeill. 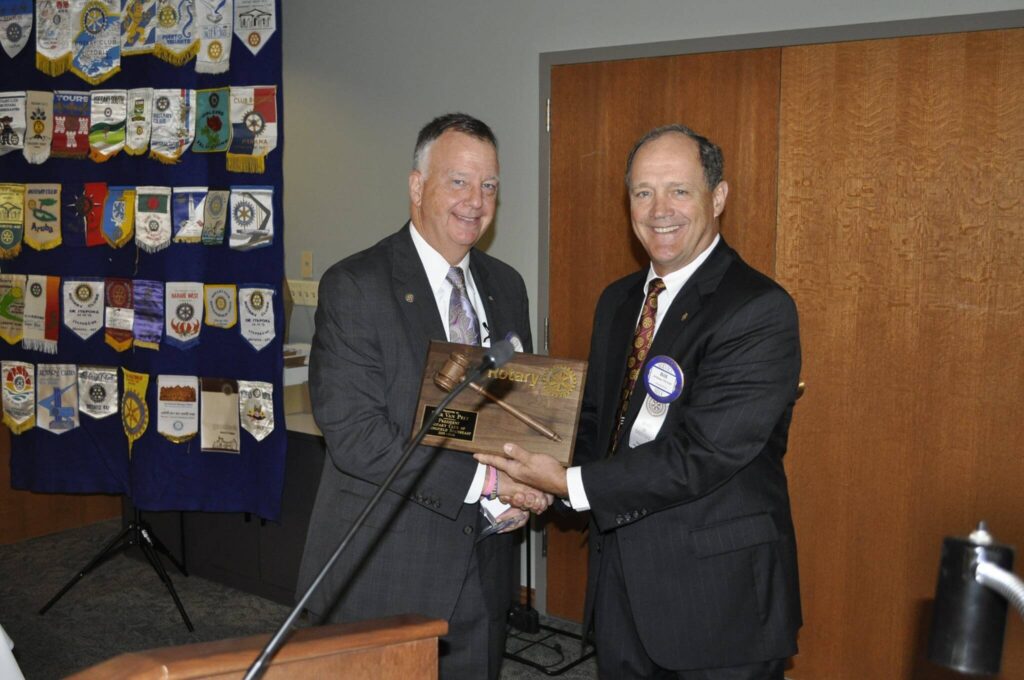