The below article explains the project that has kept thousands from starvation and malnutrition in Haiti.

Proud to be a Rotarian —
Mark Pearce

Dr. Patricia Wolff founded Meds & Food for Kids (MFK) in 2003, after volunteering in Haiti as a medical missionary for 15 years. She was in despair of watching children die but knew it didn’t have to be that way. A Rotary International grant was instrumental in the organization’s early days…Ten years later, MFK remains proud and grateful for the continuing friendship with Rotary Clubs both close to home and around the world. On Sunday April 20, MFK participated in the Music for Peace concert in Jefferson City, MO at the State Capitol. Dr. Wolff was honored to speak about MFK’s work to so many Rotararian friends. MFK remains deeply grateful for the incredible partnership of Rotary.

Meds & Food for Kids is dedicated to saving the lives of Haiti’s malnourished children and other nutritionally vulnerable people. Dr. Wolff and her team accomplish their mission by developing, producing, and distributing highly nutritious foods, including the gold standard Ready-to-Use Therapeutic Food (RUTF). They make their food products in Haiti, using Haitian workers and, whenever possible, Haitian raw materials. MFK’s RUTF Medika Mamba, is a miracle medicine that makes an extraordinary difference in Haiti everyday. Since 2003, we have saved the lives of over 65,000 children.

During its first year, MFK produced 100kg of Medika Mamba each month, enough to save the lives of 10 children. In October of 2012, the organization celebrated the inauguration of a state-of-the-art production facility. With this new factory, MFK is producing 44,000kg a month, which is enough to treat 4,400 kids each month! With the addition of a new night shift in April 2013, MFK now employs 50 Haitians and continues to expand the number of farmers from whom they source peanuts.

As proud as MFK is to treat severe malnutrition, Dr. Wolff and her team are also working to prevent it. MFK recently completed a very successful study, which proved that with a small dose of peanut butter medicine, they could prevent malnutrition in children aged 6-12 months. In partnership with the USDA, MFK is nearing completion on a pilot project that developed and tested a school snack for Haitian children, many of whom attend school on an empty stomach. MFK looks forward to producing the school snack in Haiti and partnering with educational institutions all over the country.

Meds & Food for Kids remains deeply grateful for the early endorsement of Rotarians and it is with continued partnership that MFK looks forward to saving more lives and growing brighter opportunity for Haiti’s families. 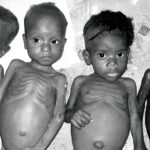 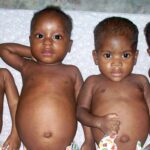 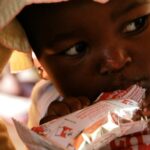 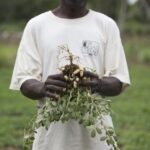