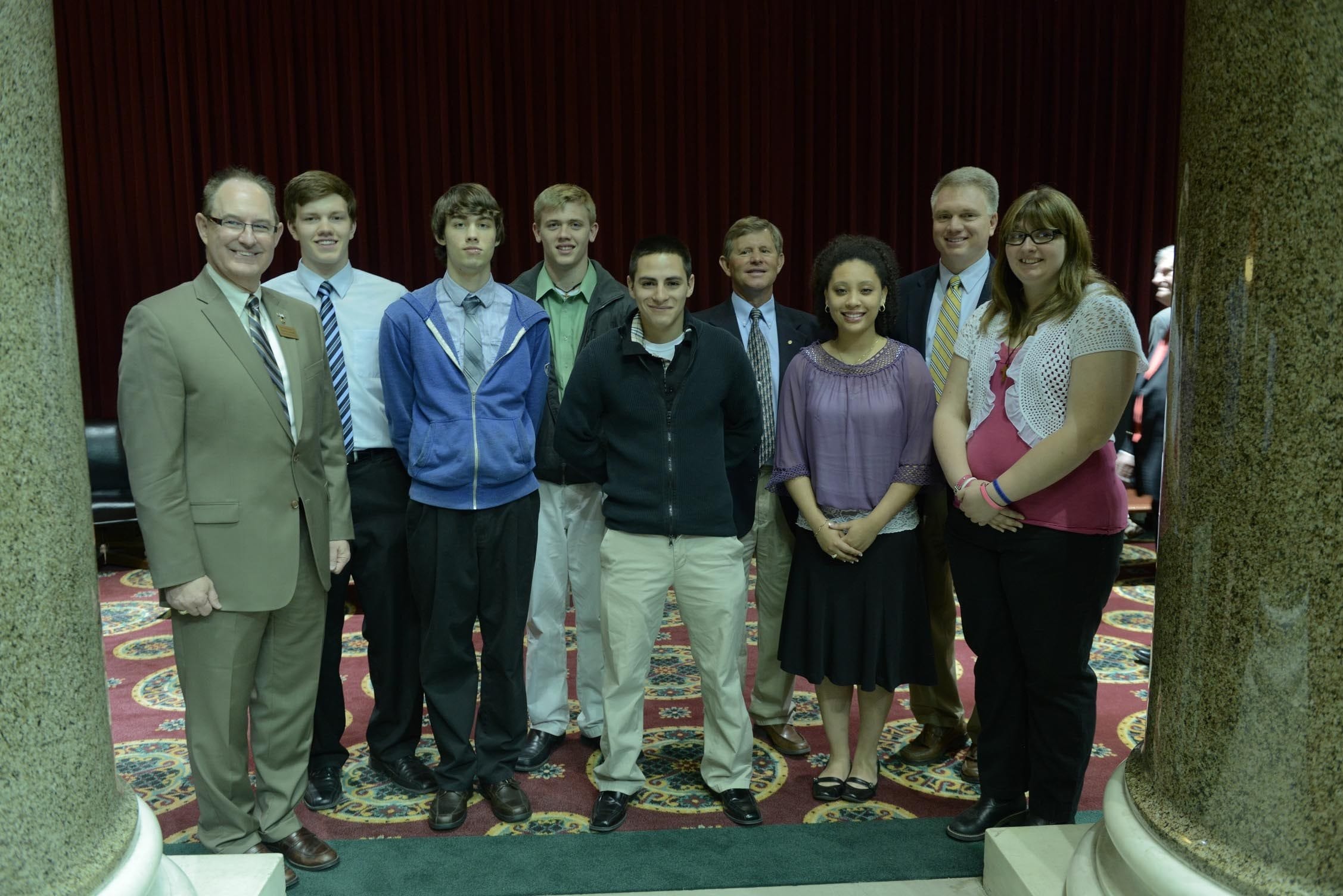 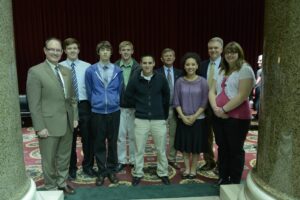 Each year, Rotary Clubs throughout the state take high school students who have demonstrated leadership skills and an interest in government to learn about our state government and judicial system. These students were given the opportunity to meet with their State Representative, Steve Lynch, and State Senator, Dan Brown; observe the general assembly in session; tour the Capitol; and listen to an inspirational speech from State Auditor Tom Schweich.