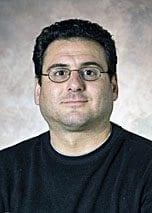 Sometimes I get blue in face of humanity’s disregard for life and by the way we tend to cannibalize our own species. Other times, I remember that many people work endless hours towards making a difference and stopping the worse of the human traits from showing their face. People like, Michael Fryer who has worked in peace and conflict resolution from Northern Ireland to Sri-Lanka and Irene Santiago who is the founder of Mindanao Commission of Women and has also been a vice presidential candidate in the Philippines. What an incredible duo these two are! At times as the class, in my first full week as a Peace Fellow at Chulalongkorn’s Peace and Conflict Resolution Program, was working at conflict resolution problems you could get a glimpse at the collective working of our brains, you could actually hear the metaphorical wheels turning.

So, it turns out, conflict is, and we have to figure out how to deal with it, no big news here right? Then why is it that we fail constantly and what’s worse why is it that we allow it to take the lives of millions? Why not figure out a way to spare the most vulnerable in society from having to starve to death and experience short and brutal lives? According to the WHO one of three women globally are victims of abuse. Why allow this to happen? Well, it is not as easy to stop, especially when it involves more than actually stopping the perpetrator but also the conditions that produce the crime, something we call structural violence. Can you stop violence against women and children in a failed state like Somalia, Congo, lets not kid ourselves Afghanistan, and increasingly Central African Republic? It turns out in the pecking order of conflict resolution society’s most vulnerable are lacking in priority. Eliminate the conditions for failed states and you may have a fighting chance but have you ever thought what it would involve? And if you could do it in Afghanistan, where the world’s richest countries have spent blood and riches like drunken sailors on R’n’R, would it work for the Congo? Most certainly not and your efforts start all over again. Meanwhile, of course, as violence in certain places rises so does poverty, for the two are intimately linked, the spiral goes on until our evening news are filled with skeleton like starving babies slowly dying for our viewing pleasure.

As bleak as the picture I have painted is, I believe there’s hope, mainly because of the individuals who work to bring peace and who are not satisfied when there is just absence of violence, something called negative peace, but are dedicated to work until positive peace has been achieved and structural violence is absent. A tall order indeed, yet after been here for just about two weeks and witnessing the dedication of the smartest group of individual I know, I believe it is possible. If a man from Bradford can sit in a room surrounded by members of a group designated in many countries as terrorist, some of which have blood in their hands without a doubt, and play the “Grand National,” a game involving pretending to be a horse in Liverpool’s annual horse race, until everyone is dying with laughter, anything is possible. We just have to try hard enough.

Frankly, at the end of the day, I’m glad I’m here, spending time away from family and friends, dedicating myself to learning about conflict resolution, it is a higher calling. No, I am not about to switch professions, give up my cushioned chair at the department of Government, International Studies and Languages but everyday I hear something new and I imagine myself incorporating it in my future teaching. I play this mental game, what if. I think to myself this simulation with the Bosnian Muslims and Serbs was particularly illuminating might I use this in my world politics course? No matter what I hope I will come out a better person and I will eventually find ways to transfer this knowledge to a few future generations of university students back home, maybe it is the least I can do, but I will do it well.