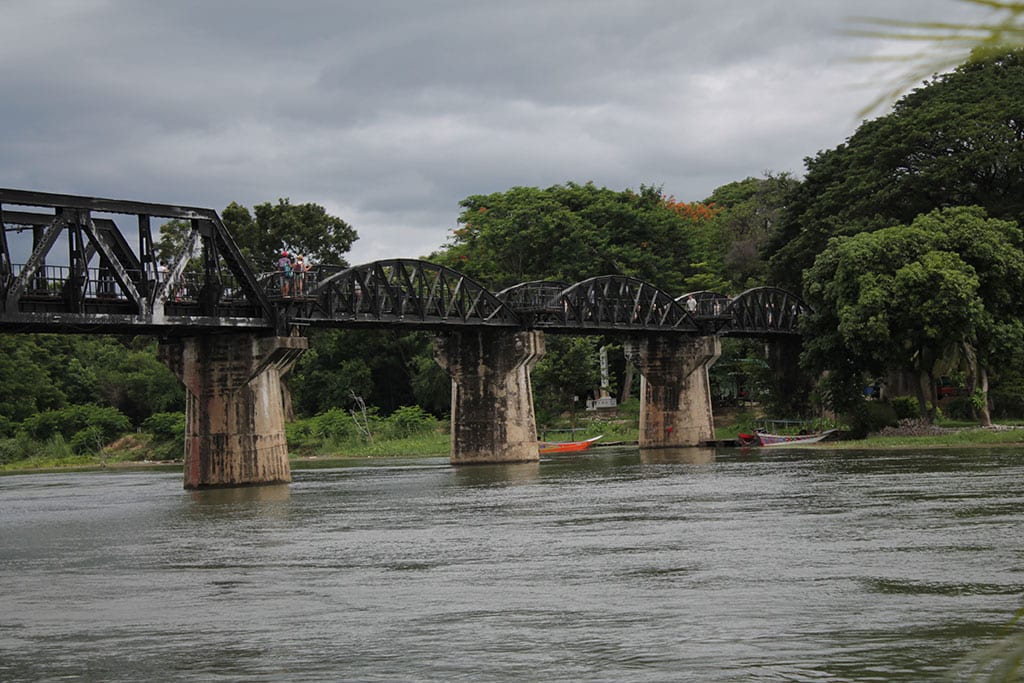 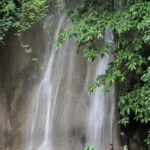 In my third week of stay here in Bangkok I was actually glad to be leaving the city for a day trip West. No matter how much you like cities, and Bangkok is a megalopolis, it is nice to be in the countryside once in a while, especially if you are working hard. So I agreed to join other Rotary Peace Fellows going on a day trip to see the Bridge on the river Kwai, made so famous by the homonymous movie staring Alec Guinness. I am actually a fan of that movie, so this outing was a great moment for me.

We started off at seven in the morning and about 8:30 we were still in Bangkok and by that I do not mean we got stuck in traffic, in a city that has more cars and other memorable vehicles than any other place on earth but we kept going with great speed and haste and it still looked like we were in metropolitan Bangkok. The city is endless!

An addition to that we were practically flying down the highway in a super luxury van whose nice Buddhist driver was probably convinced he was a fighter pilot in another life. Coming out of a tight corner we hit a speed bump with such velocity I practically experienced weightlessness, when thrown upwards from the back seat, where I was taking a much valuable catnap. So my advice here is: no need to pay millions to Branson’s space agency to fly with his rocket into the stratosphere and experience weightlessness, just hire a Thai van driver, same effect at a fraction of the cost!

So we came about to Kanchanaburi the location of the Bridge on the river Kwai and the cemetery of the allied forces, which died building the bridge. It is a solemn occasion to see the names of all these young men who suffered as no human should, working as slave labor in war where the human race seemed to have lost its mind. British, Dutch, Indian, Australian, Christian, Jewish and Hindu lay in cemeteries across the line of the Thailand-Burma railway and we hopefully remember the lessons learned from the most destructive war fought in the history of the world. I am so glad that the circumstances for me being here are quite the opposite, as I am working on how to bring about peace and prevent conflict from escalating, but I do want to say thank you in these lines to the people laid to rest in those cemeteries because they did lay their lives down so I can do it. I do greatly appreciate their sacrifice, as I think we all should.

Eventually, the group decided to visit the national park nearby and its famous falls. What a fantastic natural beauty! The falls are not big but they are big enough for people to swim and the local children were having the fun of their lives. Then we decided the scale the mountain to see the source of the falls, not far but a bit steep, so we ended up in a local contraption called a taxi. Well, if you think you know what a taxi is you will be mistaken here. These are small motorcycles, usually 75cc, with automatic transmission, with a sidecar, which resembles a pi on wheels. Now, I do not know about you, but I ride a Harley back home and am a big fella and on this contraption went four big people and one in the back of the scooter. And when we hit a mud patch, I was looking for a church to pray in, no joke, I thought it would be the end of me and just as I was thinking about it, the driver gets a phone call and decides to answer it! I do not think there’s anything more terrifying I have done in a long while!