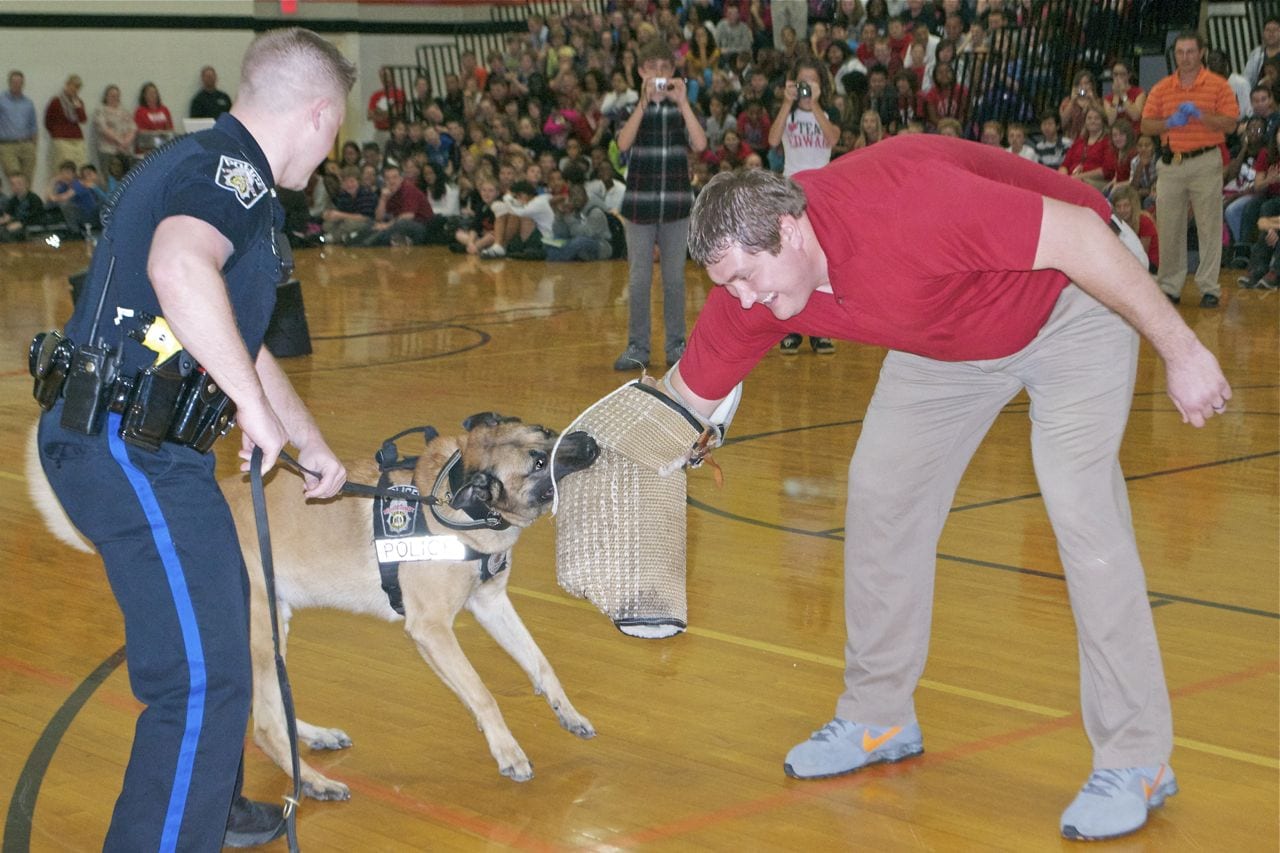 The week’s highlight proved to be Thursday when Assistant Principal Dan Kania, volunteered to play the role of the “bad guy” and be apprehended by Oxx, Waynesville’s police dog. Waynesville Police Officer Travis Shaffer entered the gym with Oxx and an “argument” ensued between Shaffer and Kania. Despite warning barks, Kania dashed across the gym with Oxx in pursuit. Kania’s hopes of escape ended when Oxx leaped up and grabbed the specially designed sleeve, only letting go when Waynesville Police Officer Travis Shaffer issued the command.

Shaffer, Oxx’s handler and partner, is grateful for the community’s support. Funds to acquire Oxx – a Belgian Malinois weighing in at nearly 100 pounds – were donated to the city. The community continues to assist with his care, donating his food, veterinarian, and grooming expenses.

In addition to retrieving suspects, Oxx is trained to sniff out drugs, which he also demonstrated on Thursday. School Resource Officer Josh Alexander hid marijuana under a cone and Oxx quickly found the drug, alerting Shaffer to its location.

SGA and Interact students hosted other drug prevention activities throughout the week, including:

All WMDS students received a copy of the booklet, “The Truth About Drugs,” a publication of the Foundation for a Drug-Free World.

The activities were funded from the Race for the Ribbons 5k run and Family Fun Walk that Interact organized last year and SGA funds.