With Rotarian Steve Dulle being selected as District Governor Nominee-Elect earlier this year, (DGN-E, if you’re into the acronym thing) the position of Community Service chair was temporarily vacated. 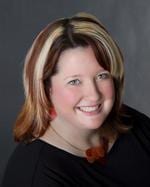 Into the breach comes Columbia Sunrise Southwest Rotarian Kerrie Bloss, who will help to encourage and promote community projects throughout the district. Kerrie has a strong Rotary background at the local and district level, beginning with Rotaract, where she was president of the Columbia chapter in 2005-06. Seeking a full Rotary affiliation, Kerrie was encouraged to help lead the formation of a new club by the District’s Associate Governor, the late Tim Donovan (affectionately known as “Mr. Rotary.”)

Kerrie has been busy in Rotary since, having served as District Secretary under Governor Raymond Plue in 2010-2011. She was honored with the Service Above Self Award in 2011, and is immediate past president of the Columbia Sunrise Southwest Club.

Professionally, Kerrie has served as Program Director for Big Brothers Big Sisters of Central Missouri for over 14 years, where she has is responsible for fundraising, event planning and social media management. She has been awarded the ATHENA Young Professional Award by the Columbia Chamber of Commerce Women’s Network, which recognizes emerging leaders who demonstrate excellence, creativity, and initiative in their profession, and who provide valuable service by contributing time and energy to improve the quality of life for others in the community. Her passion for community service goes beyond her career as she is deeply involved in the Columbia community and you can often find her volunteering with various projects around town. 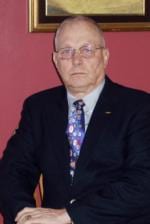 Kerrie also served a brief stint as Communication Officer for the District (DACdb). Columbia South Rotarian Bob Smith has taken over that important responsibility as Bloss moves on to Community Service. In the Communications Officer position, Bob has already been instrumental in designing the training and resources necessary to maximize benefits from the on-line district and club management system. The technical and management skills Bob honed through his Naval career are already providing the district with benefits.

A great team continues to unfold, which will lead to many new objectives and grand achievements in the years ahead. I can assure you, it’s wonderful working with such talented and dedicated individuals at the district level.